I am Scottish-Japanese web designer and developer based in Edinburgh with over three years' industry experience.

I thrive on a challenge and always look to improve on my code by learning the latest trends and techniques. 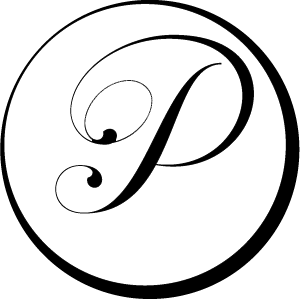 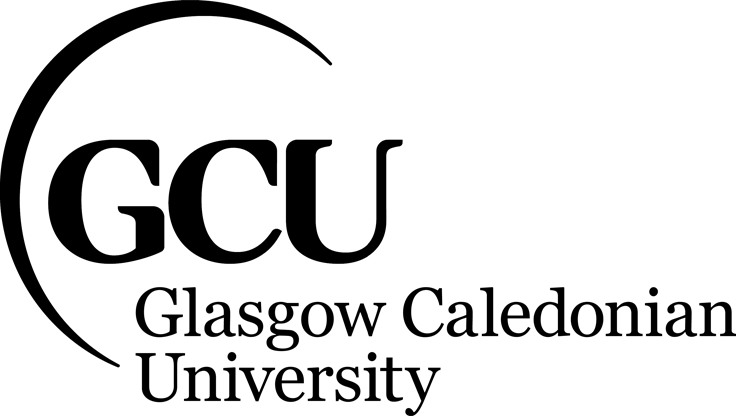 eJeans was an existing online brand that required a redesign to take their eCommerce website further by creating a new visual identity that would attract more customers and also improve its usability.

Working closely with my colleagues at RSTO we developed a design complete with custom flash animation to give eJeans a unique look within the constraints of the platform.

Alternative Style was an existing women's hair salono who wanted to enter the eCommerce market to sell their products online.

As they would become a Dermalogica reseller site, I had to design and developed an eCommerce website, which followed their stringent brand guidlines but also different enough to give Alternative Style a unique feel.

Sunflowers Lingerie's goal was to establish an eCommerce website that would compete with even the big brands within the lingerie market. It was imperative that the design was eye-catching to gain the attention of prospective customers and also easy-to-use.

The website featured a custom slideshow, which enabled the client to maintain the slides and the text dependant on what was to be promoted.

His Grace Exclusive Design was another BT Website client that was assigned to me during my time at RSTO. The client pushed for a simple and classy design that would target their demographic of young adults with a Next-esque feel to it.

Techno Hut specialised in gadgets, gifts and specialist toys for young adults. The website designed was aimed at 20 to 30 year old men and encouraged users to explore their website by immediately grabbing their attention via the featured products section.

CTRETS was my first commercial Joomla based website. The client requested a coporate themed website but flexible enough to enable the user to add more Joomla components in the future should they wish.

Skin Therapy was a challenge as it was bounded to the same Dermalogica brand guidelines as Alternative Style was. As all BT Websites also had to be unique and tailored to the client's brief this further added to the complexity of the challenge, however the final design proved to tick both boxes and most importantly, the client was delighted as well.

Suzy C was a small business owner who wanted to create a high-end looking website that reflected her products. The main focus of the website was sexy but classy, which was acheived in the clean design coupled with premium imagery used throughout the site. 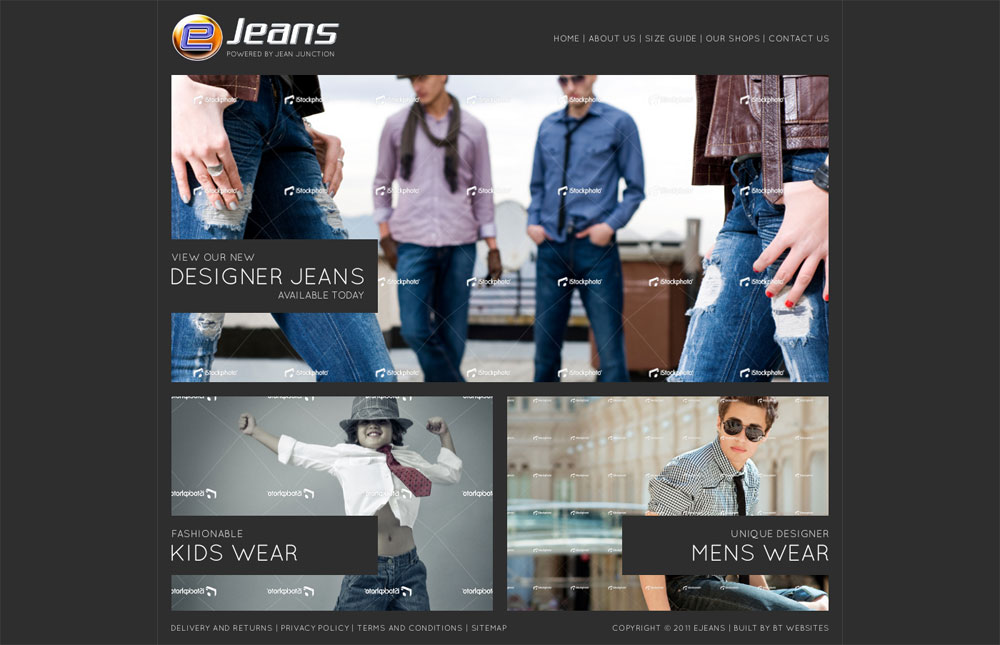 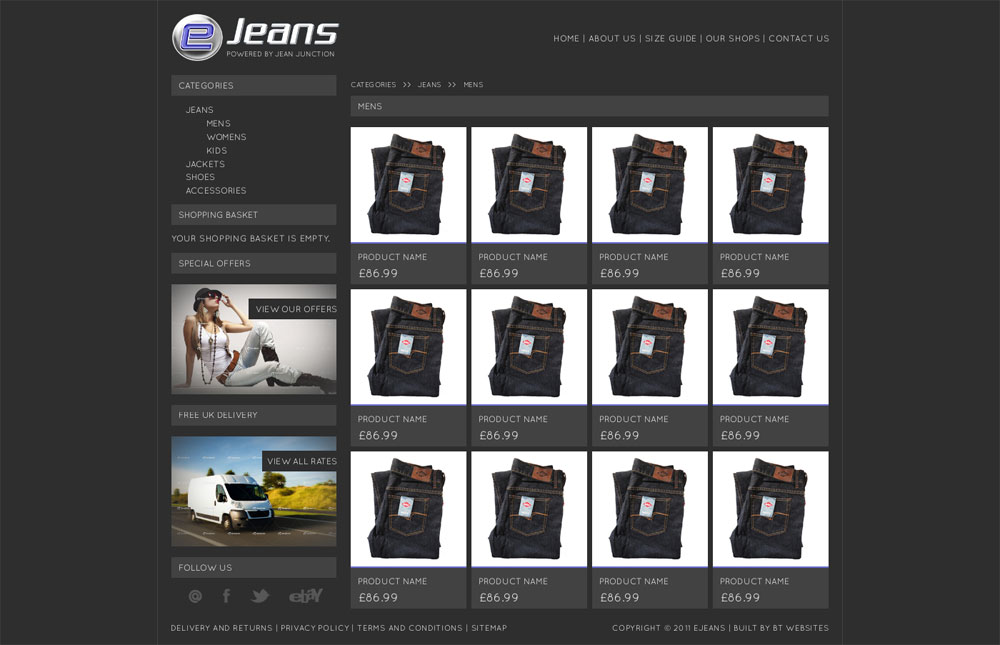 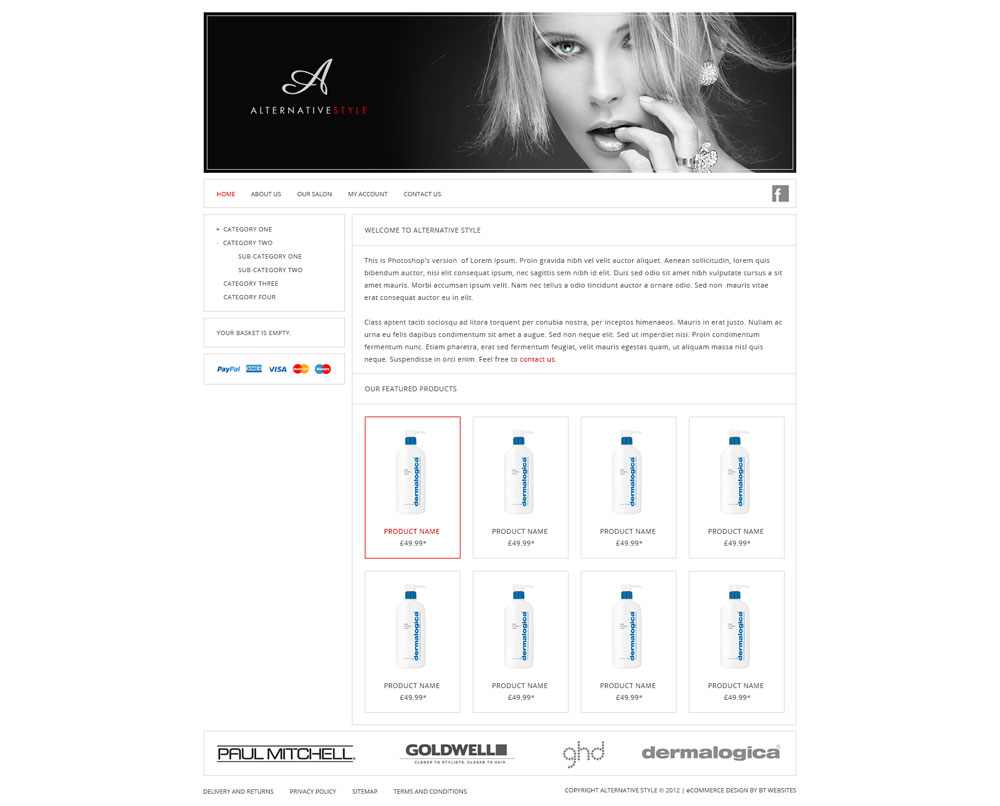 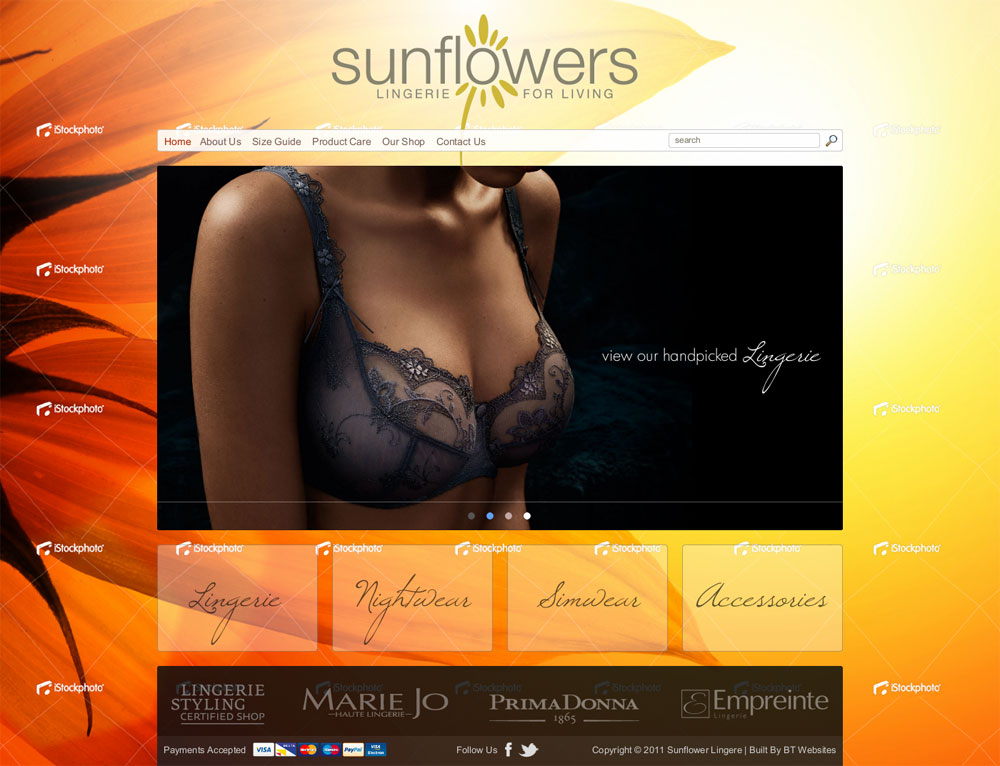 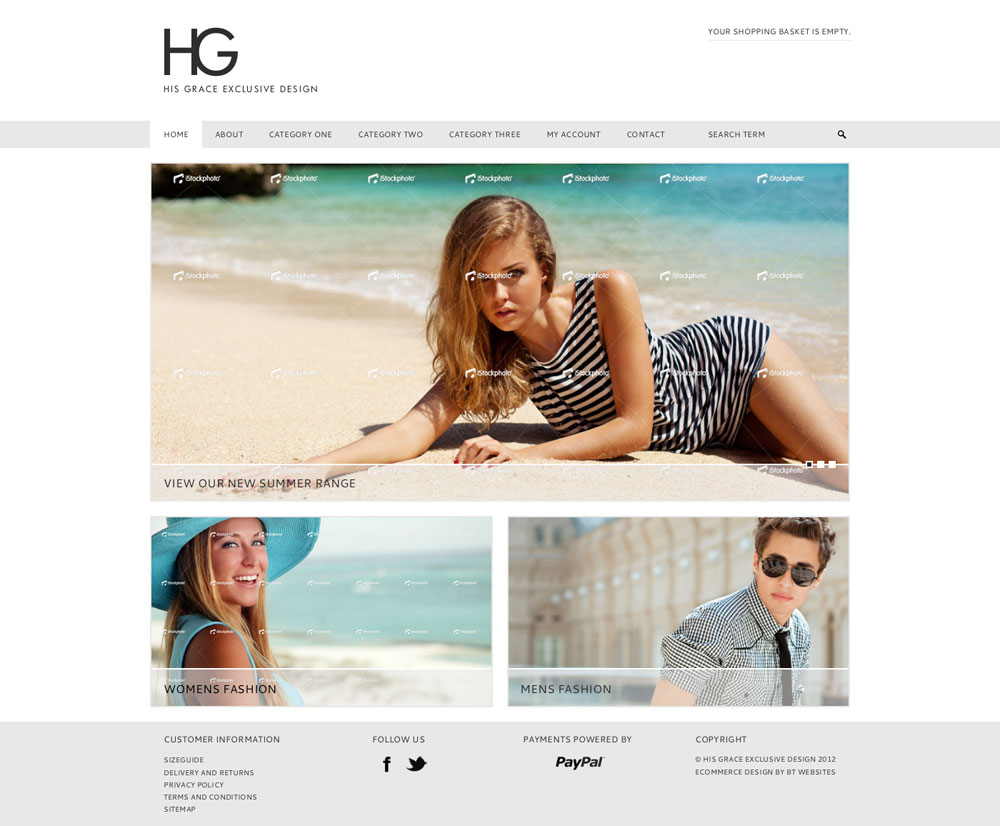 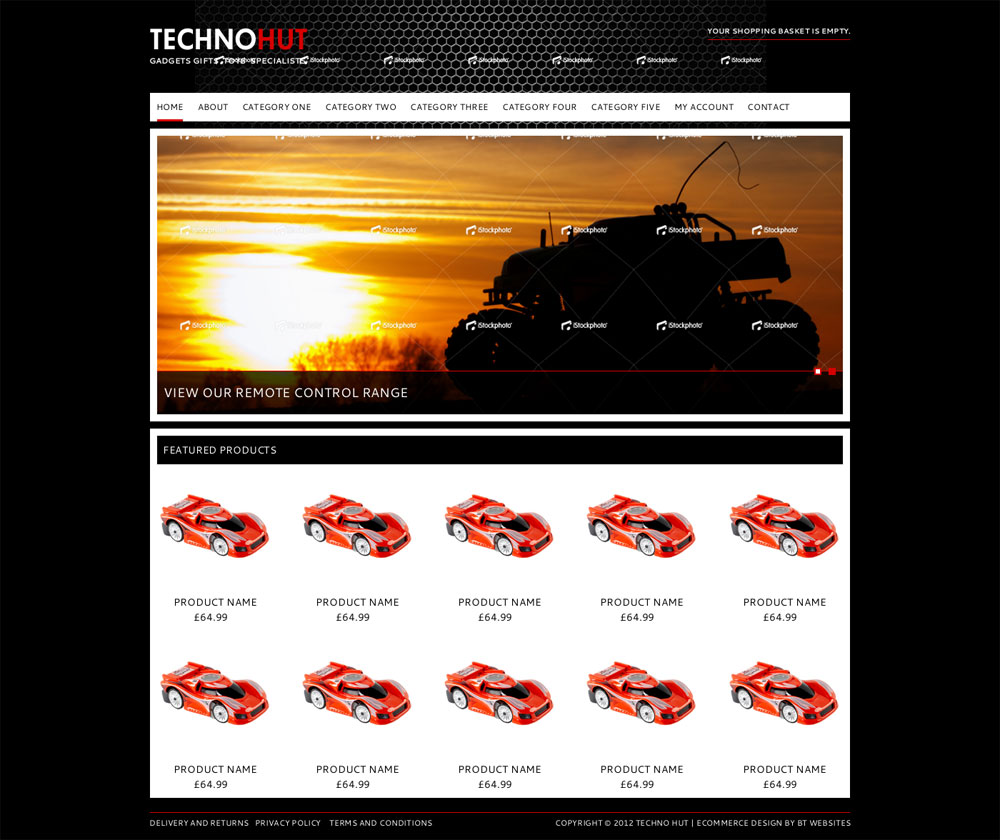 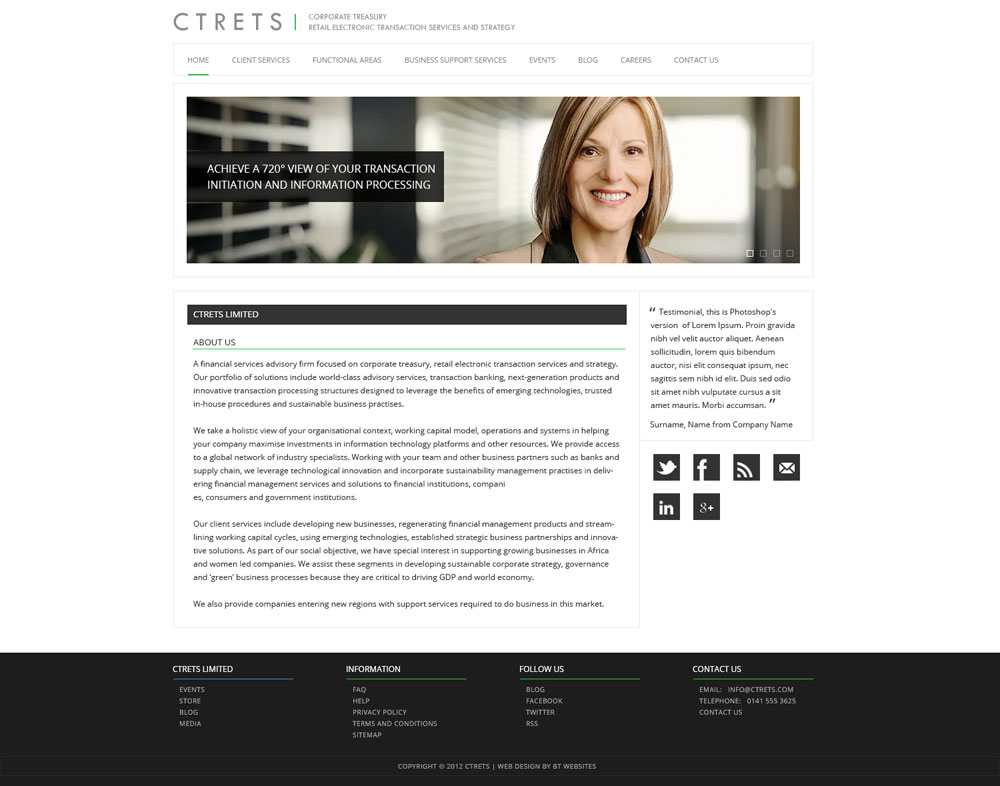 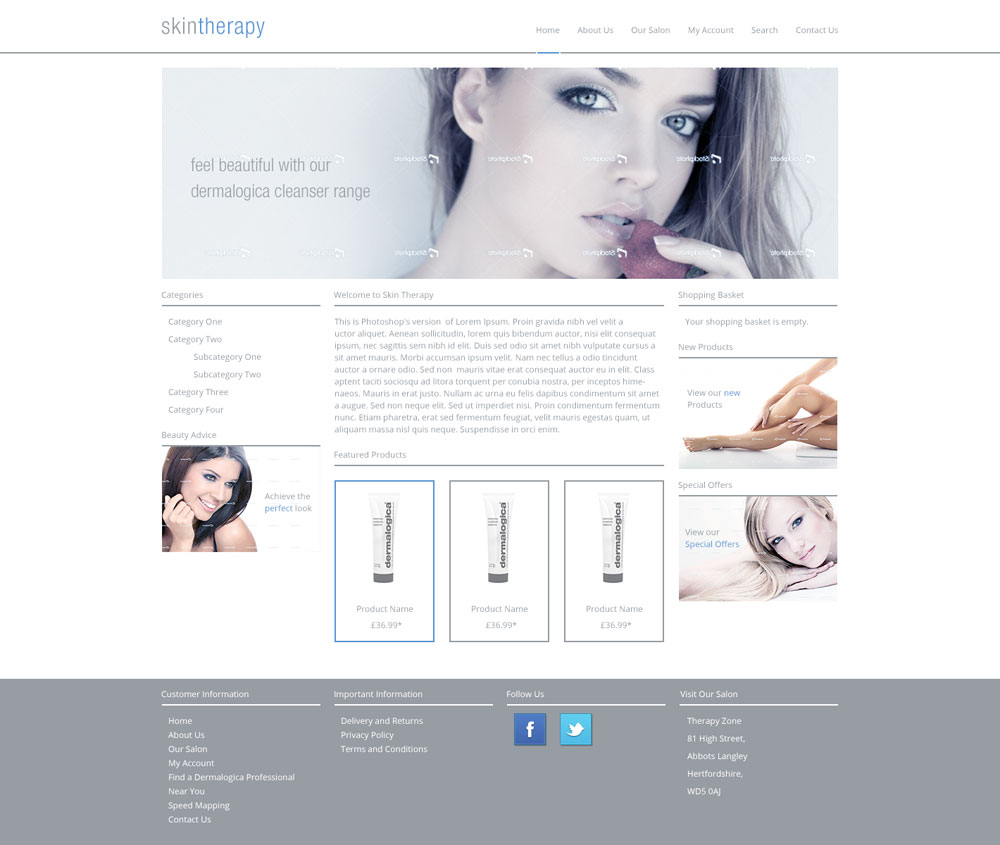 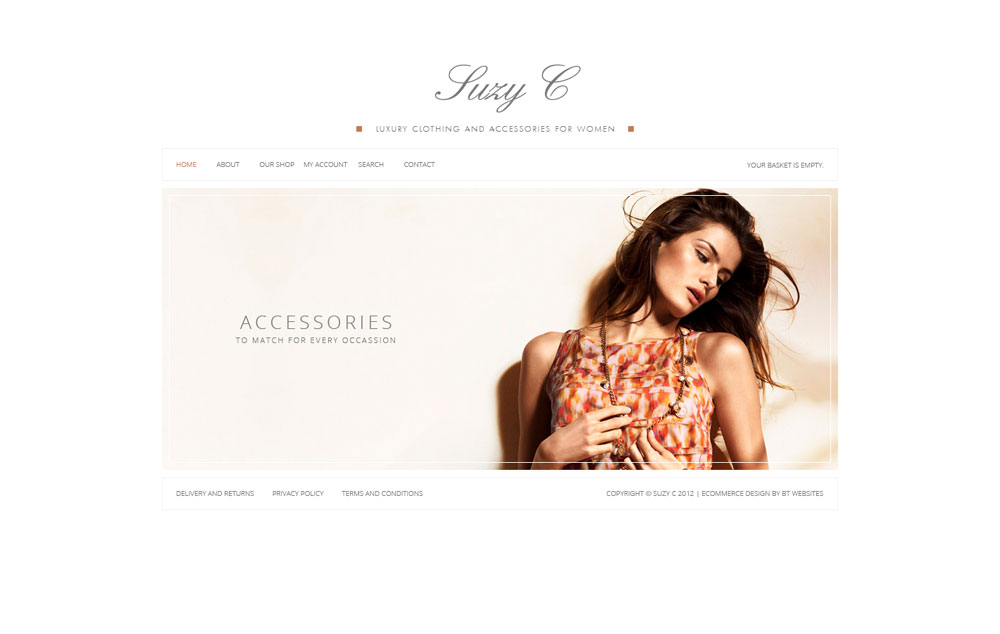 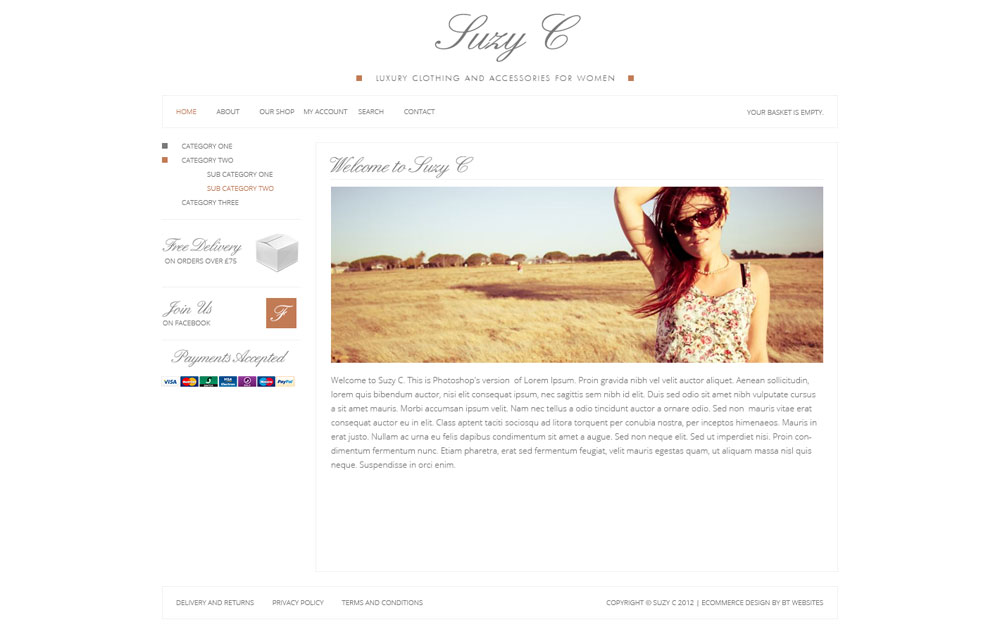 To maintain the integrity of the data held in the ACE system I developed a record-locking system, which permitted only one user to edit a record at one time.

When a user began editing the record, a regular heartbeat pulse would be sent to the server to check if the user still had writing access to the record. This meant that anyone who tried to access the record with writing permissions during this time would be presented with a read-only view.

In order for our client to easily communicate with their system users I developed a notifications system, which enabled internal messages to be sent to a group of users or specific individual users.

This functionality was later extended to include features such as graphical tagging to classify your message, sending notification as an email and the ability to edit an already sent message.

Developed with local five-a-side football company, Premier Fives, the original 2011 version of the site was built on my experience of CodeIgniter from Caliber Interactive.

The site enabled Premier Fives to manage the news, leagues, teams and results, which meant all league tables, player statistics could be calculated dyanicamilly allowing him to focus purely on promoting the business. The statistics proved to be very popular with the players and was an appealing aspect for new players.

With the success of the original site, the primary focus of the 2012 version of Premier Fives was to give the development a brush up by DevInstanceing with a local graphic developmenter and to improve and clean the code that was implemented.

The result of this DevInstance were read-able code and a website that was highly optimised. This proved to be a popular decision with our mobile users who found the original site slow and difficult to view in a smaller screen.

With the bulk of the code DevInstance performed in the previous iteration, the 2013 version of Premier Fives was to focus purely on the development of the website and to entice prospective players to playing with them.

The development was again improved on, and I also developed a simpler registration form that led the users by the hand to ensure all users found it easy to join Premier Fives.

Stirling&Stirling, a luxury travel company, required a single-page website that showcased some of the best scenic shots of Scotland to their prospective Chinese business partners.

The website was developmented and developed in a short-time frame and was optimised for desktop and iPad use. It also features parallex scrolling as well as CSS and HTML techniques to maintain the aspect ratio for the images.

I developed a Wordpress-based website using the WP Properties plugin to create a fully custom theme to enable the Let Me staff manage and maintain a vast number of properties through a familiar interface.

The site was also further developed to include a modified inbox system to enable the admin to contact their tenants and property owners.

Whilst DevInstanceing closely with our Creative Director at Stirling Associates, I developed a fully-responsive custom Wordpress template from the ground up for an asset based finance company based in Edinburgh.

The site also features a custom form coded in Javascript complete with validation and options to add/remove assets that DevInstances in all platforms. 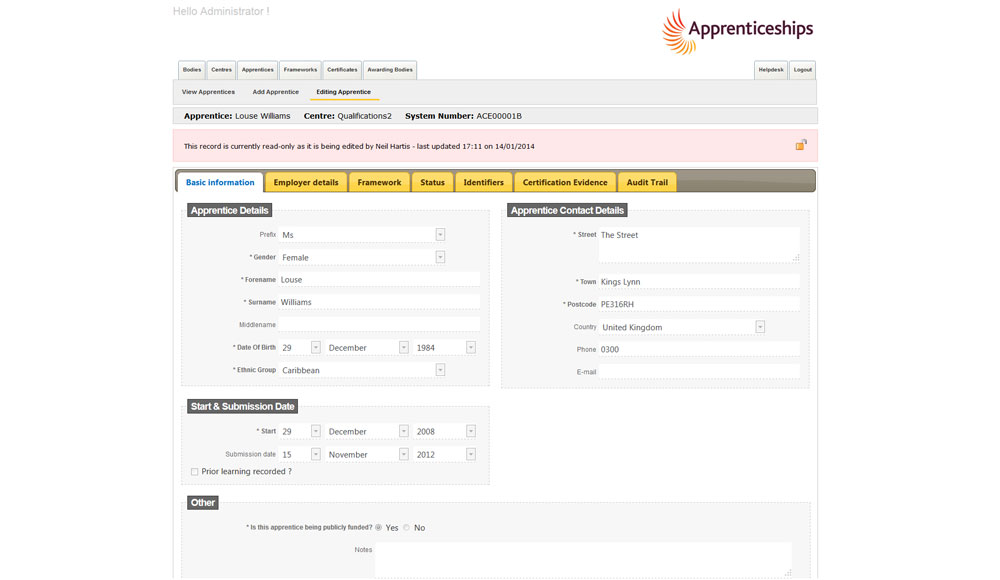 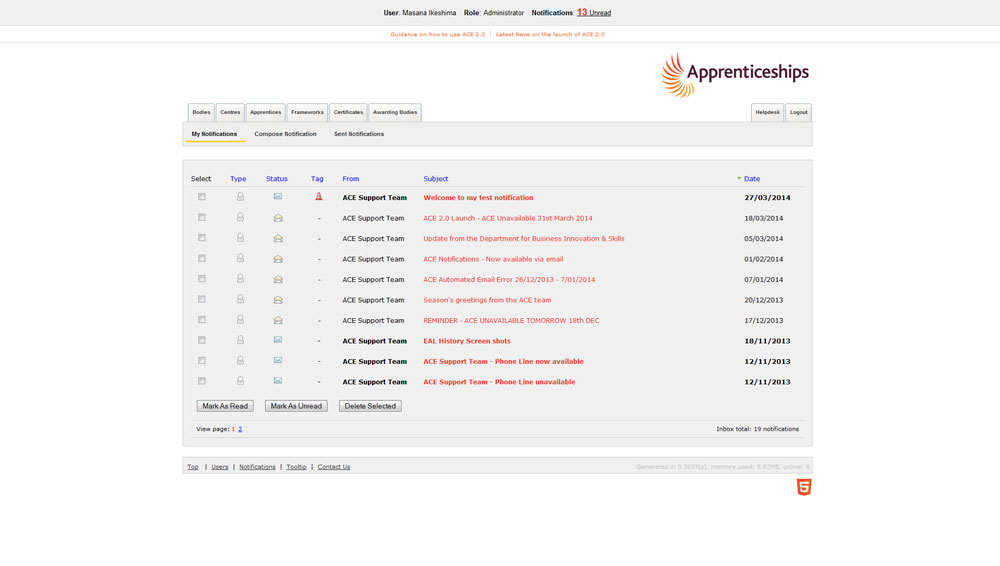 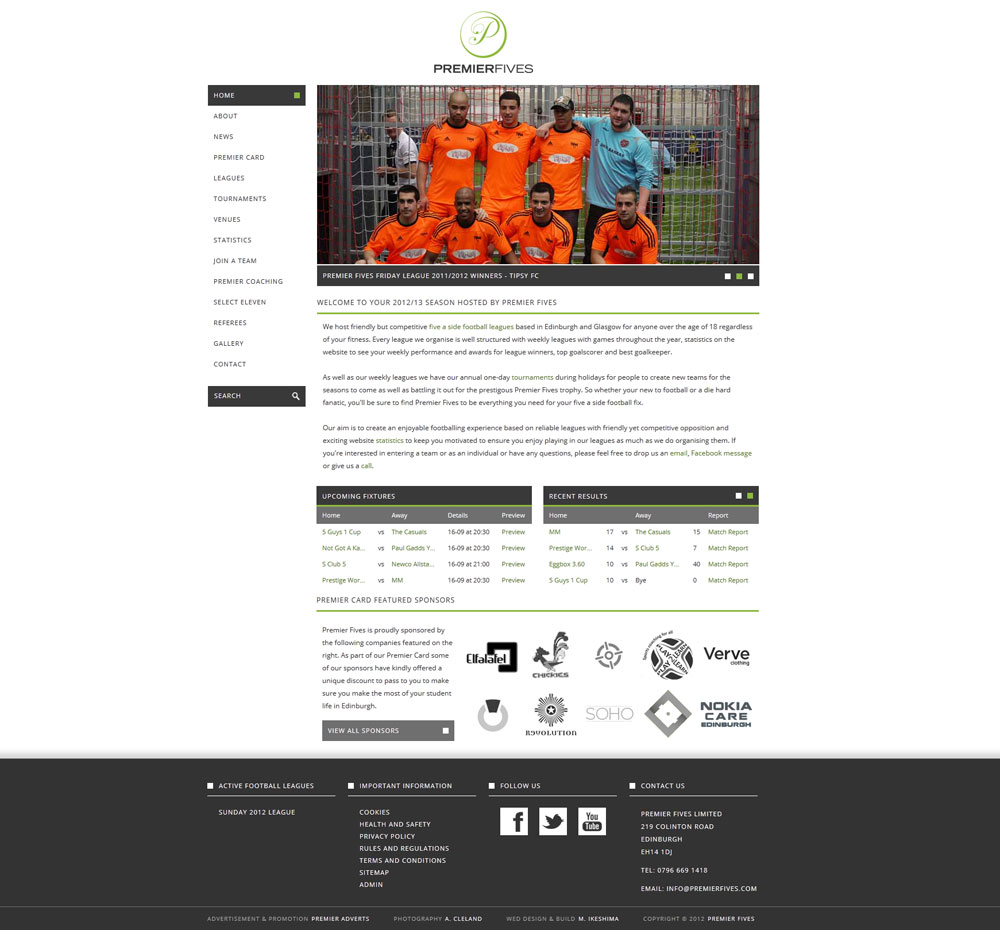 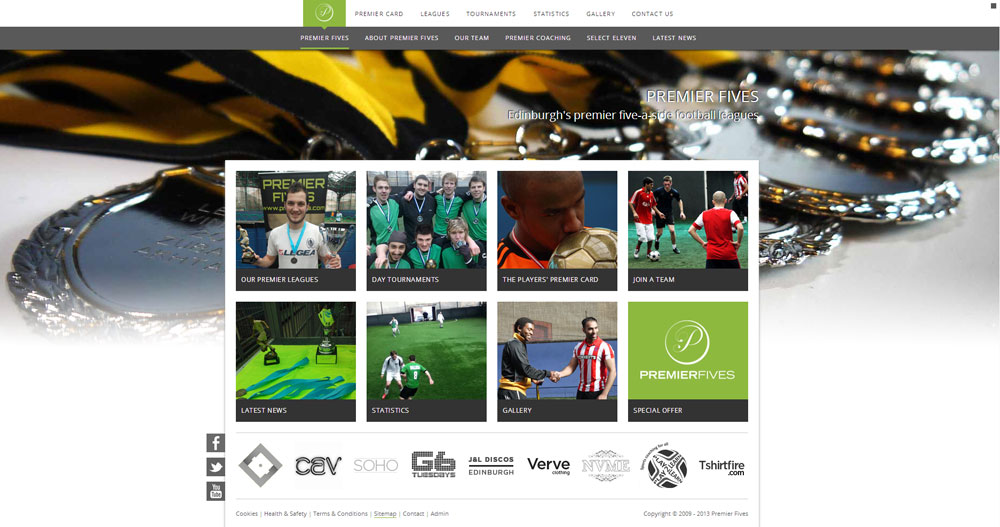 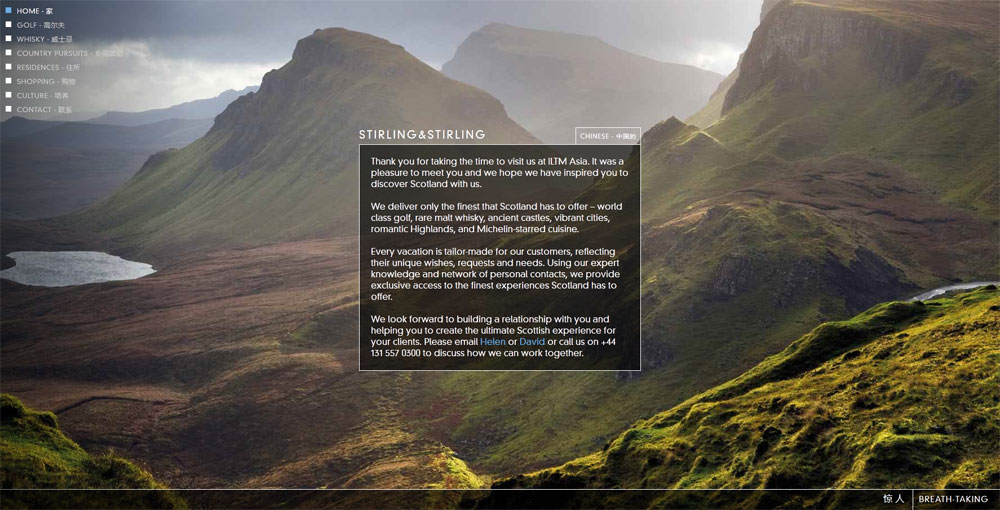 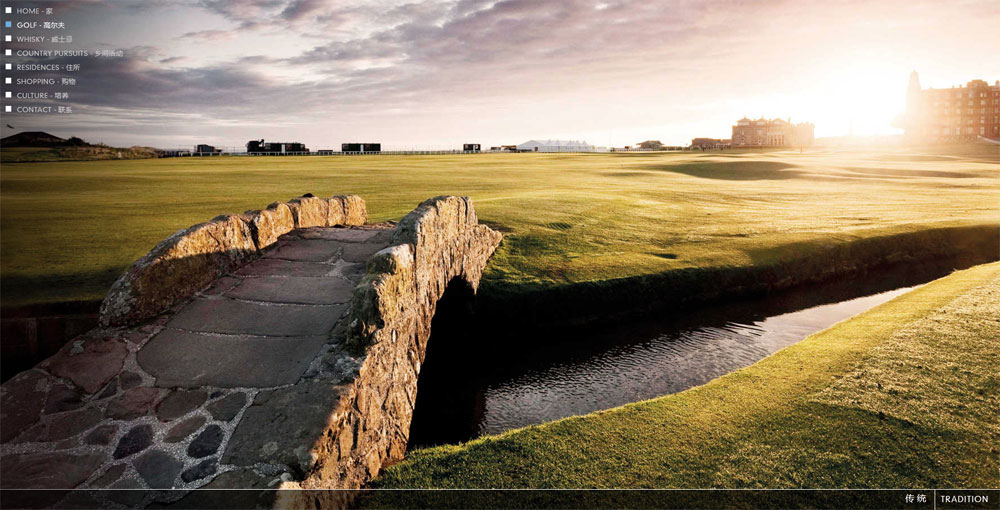 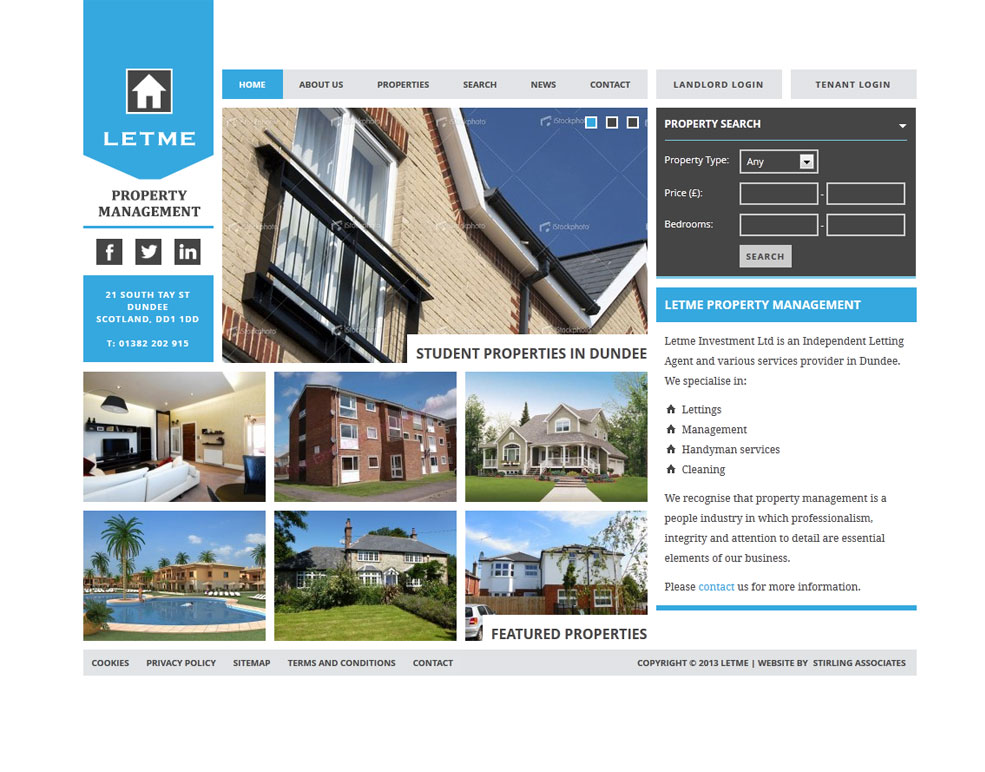 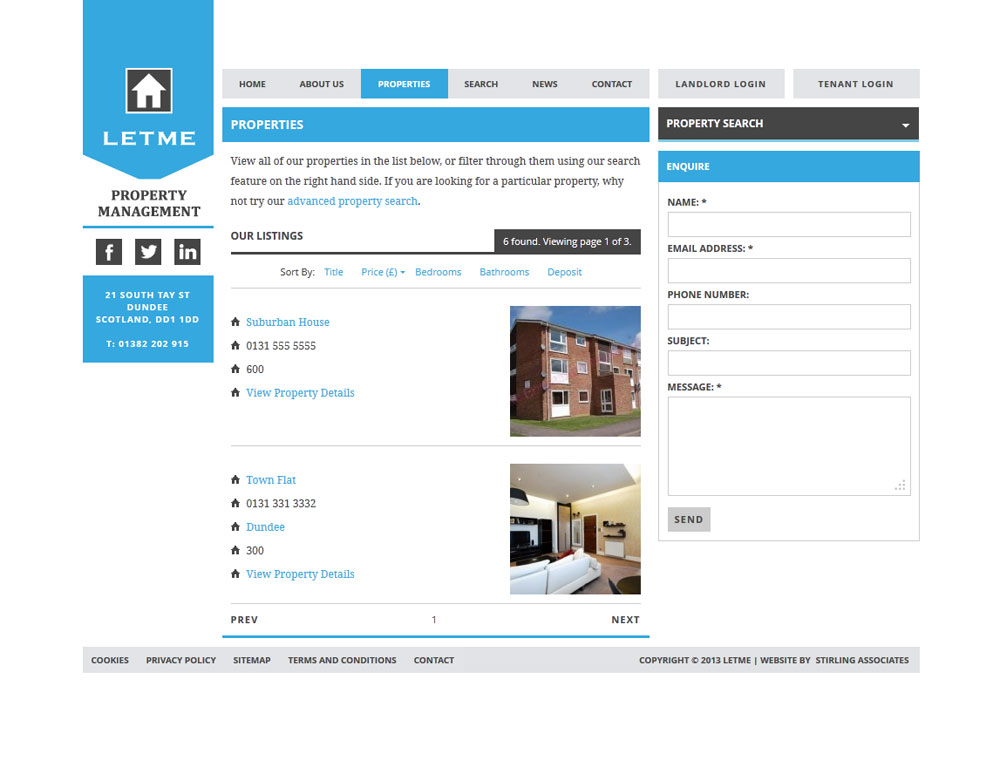 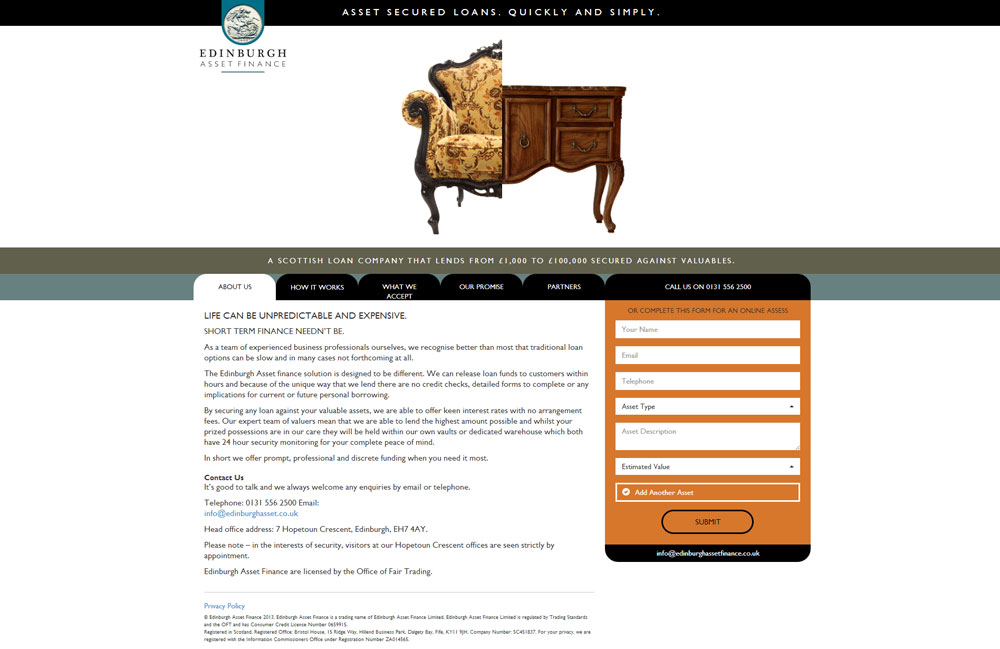 Feel free to contact me via email or by LinkedIn.